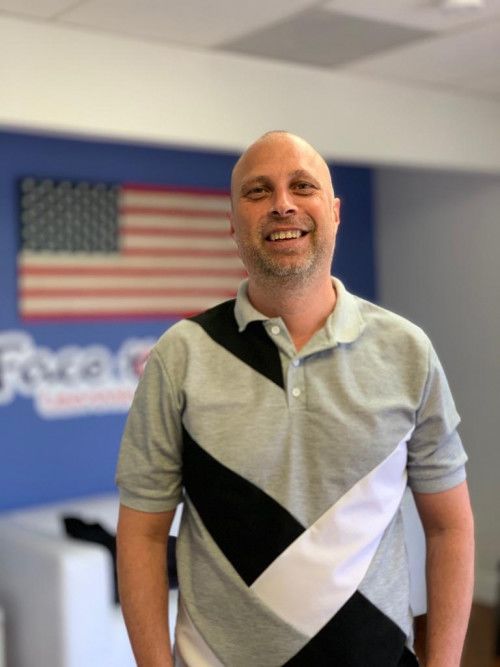 "When I'm in the classroom I feel like I have something to offer, something to give. I know something they don't. If I can teach them, I can help them."

Zoltan grew up in the ethnically diverse former Yugoslavia (now Serbia) where he realized how important it is to speak more than one language. As a native Hungarian speaker, he also learned the country's official Serbian language. In 4th grade he started studying English which quickly became his favorite subject and by high school he was happily doing his classmates' English homework.

His interest in American pop culture had further increased his English vocabulary and with that knowledge, at the age of 20, he was hired by Celebrity Cruises as a dining room waiter on their ships.

After years of working and traveling around the world Zoltan decided to stay in Miami where he has lived for 20 years. He started teaching English to his friends and other immigrants privately but after graduating from Florida International University with a degree in Geography, he decided to obtain his ESL certificate and dedicate his life to teach full time his fellow immigrants

We are always looking for the best teachers available, our school is growing and and we need great talented professionals.

Send us your resume